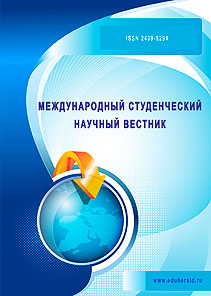 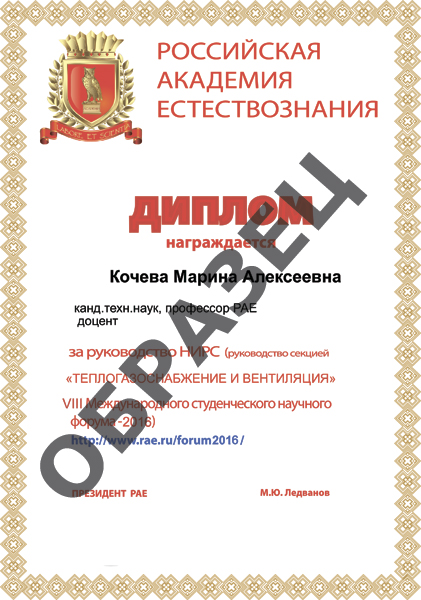 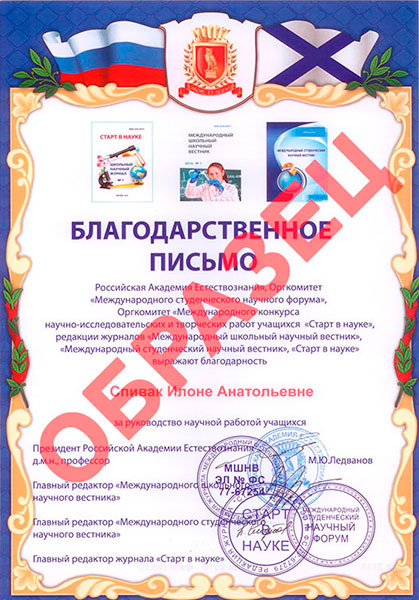 Spaso-PreobrazhenskySolovetskyMonastery–men’s Monastery Russian Orthodox Church. It is located on the Solovetsky Islands in the White Sea. The monastery was founded in 1429-1430 years. It was built in the stone of St. Philip. The monastery was listed among the largest landowners of the state until the reign of Peter. In 1669-1676 the king's troops laid siege to the monastery because it was one of the centers of resistance changes Nikon. Special Purpose Camp worked in the monastery under Soviet rule. Monastic life was resumed 25 October 1990. In 1992 the complex of monuments of Solovki Museum was declared a UNESCO, in 1995 - in the State of the most valuable objects of cultural heritage of the peoples of the Russian Federation.

Solovetsky Monastery was founded in 1436 in the Novgorod Republic monks Zosima and Herman. The first monastic settlement on the islands came first in 1429. The monastery was within the Novgorod diocese until March 1682. The heyday of the monastery in the XVI century is connected with the activities of Abbot Philip, who was elected in 1548 the monastery cathedral. Philip became the abbot of Novgorod.

Abbot Philip has done a lot of internal and external landscaping monastery. Large cash deposits of the king made it possible to build two more temples: in honor of the Assumption of the Blessed Virgin and the Transfiguration. The monastery became a rich industrial and cultural center of northern Pomerania due to economic activity. Philip made a network of canals between the lakes to the Solovetsky Islands, put them mill, built new farm buildings, farm implements increased. The future Patriarch Nikon at age 30 took vows with your name in the Holy Trinity monastery Solovetsky monastery. Monastery condemned as heresy church reform by Patriarch Nikon. The opposition took the form of the siege, which lasted from 1668 by 1676. One of the monks gave the monastery and the fort was taken in 1676. Almost all of the rebel monks were killed. In 1765 the monastery became stauropegic, It goes into the subordination of the Synod.

Crafts flourished in the monastery. It owned the salt works, forges. Monks and novices caught and bred fish, hunted beast, grew vegetables. The economy has reached a particular monastery abbot at Irinarkhov heyday (1613-1626).

In the XVI-XVII centuries the monastery withstood several attacks of the Swedes (in 1571, 1582 and 1611 respectively). English steam cannon frigates "Brisk" and "Miranda" fired at a monastery in 1854godu. Nine-hour cannonade did not lead to serious damage. The British left the monastery alone.

Since the XVI and the beginning of XX century the monastery served as a political and ecclesiastical prison. Chambers had the shape of a truncated cone length of about three meters, a width and a height of two meters. From 500 to 550 prisoners were in prison at the time of Ivan the Terrible to 1883. P.A. Tolstoy, V.L. Dolgorukov, P.I. Kalnyshevsky, F.P. Shakhovskoy were prisoners of the monastery. Solovki prison existed until 1883, but the soldiers kept guard there until 1886. After the official closing of the prison, Solovetsky monastery continued to serve as a place of exile for guilty priests.

Forced labor camp was located on the territory of the monastery in 1920. The camp consisted of 350 people.

Solovetsky School based apprentices from 1942 to October 1945 in the monastery.

The resumption of monastic life

October 25th, 1990 the Holy Synod blessed the opening of Holy Transfiguration Monastery Stavropegic. The first appeared in the autumn of novices.

Joseph was appointed abbot of the monastery in 1992.

19-21 August 1992 the relics of St. Zosima, Sabbatius and Herman Solovki miracle workers have been moved from St. Petersburg to the monastery. Celebrations headed by Patriarch Alexey II. August 22 (New Style) was celebrated as the Cathedral of the Solovetsky saints.

August 22, 1992 the Patriarch consecrated the Church of the Annunciation, where the relics are miracle workers of Solovki.

Buildings Monastery scattered on four islands of the Solovki archipelago. The architectural ensemble of the Solovetsky Monastery is situated on the shore of the bay Welfare Big Solovetsky Island.

Massive walls surrounding the monastery (height - from 8 to 11 m, thickness - from 4 to 6 meters). Seven gates and eight towers were built in 1584-1594 architect Trifon. The walls are built of huge stones up to 5 meters. The length of the walls is 1084 meters.

Temples and other monastic buildings are preserved in the monastery. They are connected by covered walkways, surrounded by residential and utility rooms:

Both the cathedral dates back to the most famous abbot of the monastery of Philip. They have a stern look. The thickness of the walls of the Transfiguration Cathedral reaches five meters, and its angular chapels resemble fortified towers.

The initial three-row iconostasis of the Transfiguration Cathedral consisted of 20 boards and was taken from the monastery of the Old Believers after the "Solovetsky seat." In 2005, the Minister of Culture Sokolov considered the acquisition of the iconostasis. No purchase was made.

The great fire occurred on the bell tower of the monastery in 1923. Some bells weld. Long steeple bell tower burned. The camp administration did not carry out the restoration. The monks established the star instead of the cross. In 1985, the star was removed and is now stored in the Solovetsky Museum. Full-scale reconstruction of the spire of the bell tower began in 2003.

Several monasteries, desert, farmsteads there besides the monastery.

Skit - a small monastery, self-secluded dwelling in the monasteries.

Sekirnaya Mountain is one of the highest on the Solovetsky Islands. It is located 11 kilometers from the monastery.

Mountain was uninhabited for a long time. In XVII-XVIII century soldiers built a guard post, when the external enemies threatening Pomorie.

The skit on the hill was founded in the nineteenth century. Stone three-story domed temple was erected on the draft of the Arkhangelsk province architect Shahlareva. The lighthouse crowns the temple. He works now.

Skit was formalized with its charter in 1861.

Punishment cells located in the territory of the monastery. Prisoners here have suffered torture and punishment. Mass and single shootings were committed here.

Seven-worship cross was erected in honor of the Solovki new martyrs in 1992. The patriarch blessed the installation of the cross.

Another worship cross was erected another cross in 2003.

Chapel in honor of the new martyrs and Confessors Russian was consecrated on Mount Sekirnaya in 2007.

Patriarch of Moscow and All Russia Kirill visited the monastery in 2009.

Ascension. Divine Liturgy on the feast day. The service ends with a mass requiem.

Isaakovskaya desert is one of the oldest on the Big Solovetsky Island.

Desert was a center of fishery in the XVIII century.

September 17, 2006 in Isaakovo was set worship the cross.

Pokrovsky farmstead Solovetsky Monastery is situated on the river Lodma in a forest in 22 kilometers from Arkhangelsk.

Farmer Meleshka gave their 46 hectares of land of the Church. The monastic community moved to June 22, 1998. The abbot of the monastery became Elezar.

Sisters are obedience in the garden, the barnyard, in the church, in the refectory.

Women's abode for the night takes the pilgrims.

The main shrines are the convent of the Holy Virgin icon, an icon of St. Seraphim of Sarov with the relics, and others.

October 14 - Protection of the Virgin

Solovetsky Monastery from the Holy Lake depicted on the back of a denomination of 500 rubles to 2010. The denomination is again put into circulation from September 6, 2011 in Russia. The image of the monastery changed.

Solovetsky Monastery has set of shrines.

At present the power of the original founder of the Solovki St. Zosima Solovetsky, Sabbatius and Herman (Solovetsky miracle) workers buried in the church of St. Philip. The relics transferred to the summer months in the Transfiguration Cathedral.

Ark with a particle of the holy relics of Saint Philip, Metropolitan of Moscow and All Russia, the Wonderworker.

Patriarch of Moscow and All Russia Alexy II visited the Solovetsky Monastery in 2001. August 21 Patriarch Alexy II donated to the monastery a particle of the holy relics of Saint Philip. The relics are now in the altar of the church of Philip.

The ark with the relics of St. Marcellus the Archbishop of Vologda

In 2003 was found burial of the Archbishop of Marcellus in the church of St. Herman, which was abbot after Bartholomew from 1639 to 1645. Now a significant portion of the relics of the saint in the church is the Solovetsky monastery.

Miraculous and memorable images of the ancient monastery

The holy ascetic image of the Savior and pray the Holy Virgin, which they carried with them. It was small icons. Abbot Philip found relics that are associated with the names of the founders of the monastery.

Image of Our Lady of Tikhvin Monastery is located in the left pillar of theTransfiguration Cathedral.

Image of Our Lady of Korsun is located on the right pillar of the cathedral.

Mother of God "Slovenian" is located next to the silver shrine of the relics of Philip.

Wall picture "of the Sign of the Blessed Virgin" is located above the entrance door of the Transfiguration Cathedral.

In autumn 2013 the Museum of Russian Icons handed Solovetsky monastery icon of the XVII century.

The icon depicts the founders of the Solovetsky monastery of St. Zosima and Sabbatius, who are holding a model of the monastery.